Tough on the outside but soft the on the inside, French Bulldogs are one of America’s most popular breeds, and for good reason. These dogs are extremely outgoing and just love to play around with their favorite human, making them great and loyal companions.

So, if you’re thinking about adopting a French Bulldog into your family, here are some things you should know about this lovable breed:

Their roots start in England 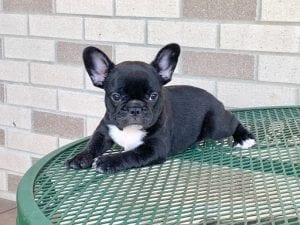 They were bred to be companions

In France, these dogs were bred to be companions rather than workers, and they were especially popular among upper-class French women. As such, they’re extremely affectionate and friendly, and their origins as lap warmers make them very lovable lap dogs.

There are nine standard colors

French Bulldogs don’t bark much, but they do make other sounds to communicate with their owners. They usually make yips or yawns to try and convey what they’re thinking or to get their owner’s attention.

Want to learn more about the French Bulldog breed? Or maybe you’d like to welcome a French Bulldog into your family? If so, then feel free to give Family Puppies a call at 574-354-2428, or check out our available French Bulldog puppies today.