The Havanese is a small but energetic breed, beloved by families around the globe. It also has a rich history, one that includes Spanish colonizers, Queen Victoria, and Cuban refugees. Read on to find out more: 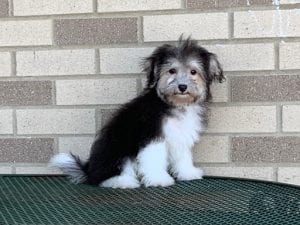 You may have noticed that the name Havanese comes from the city of Havana. That’s because the story of the Havanese starts in Cuba. In 1492 when Columbus sailed the ocean blue, Spain began the process of colonizing the island. The initial settlers were mainly from the island of Tenerife, and when they came over, they brought their dogs with them. The Tenerife dogs that came to Cuba are believed to be the ancestors of the Havanese and all Bichon breeds.

Popularity among the aristocrats

The breed quickly became a family pet for the Spanish officials and aristocrats living in Havana, and their popularity continued to grow. By the 18th century, Europeans from other nations began to visit the island, and they soon became infatuated with the breed. They brought the dogs back with them to France, England, and Spain where they became a hit with the local aristocracy. Even Queen Victoria had two Havanese pups, as well as Charles Dickens.

On July 26th, 1953, the Cuban Revolution began. It would last another five years with the eventual defeat of Cuban President Fulgencio Batista, and the victory of Fidel Castro and his 26th of July Movement. Throughout the revolution, thousands of Cubans fled to the United States, including a handful of their Havanese companions. Only eleven Havanese dogs made it to the United States, but it’s believed that all present-day Havanese (with the exception of those left in Cuba or those within Soviet territories) are descendants from those eleven immigrants.

The Havanese dog is a loyal companion with an unbelievable history. It’s no wonder that so many families, for so many generations, have adored this little breed. So, if you’re planning to add a Havanese pup to your family, then take a look at some of our available puppies here at Family Puppies, or give us a call at 574-354-2428 to learn more about this historic breed.